The state of Virginia has approved a $350 million state-backed bond deal to the Norfolk International Terminal. Pending signature of Governor McAuliffe, the bill’s primary supporter, the money looks to expand the facility after 2015 traffic congested the port almost to a shut down. As the year progressed and traffic tripled, the port showed a profit for the first time in seven years, assuaging concerns that investments would falter as competition on the East Coast grows. 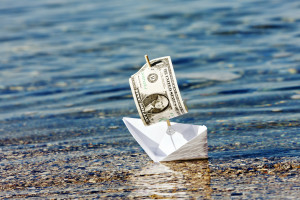 As first reported by us in December the NIT has been searching for ways to expand its services and operations to compete with other east coast ports that are also spending heavily to shore up infrastructure and accept the post-Panamax megaships that are coming this year. At this point, Norfolk and Miami are the only two southeastern terminals that can accommodate. In the request, they advised the money would enable NIT to handle more than 2 million containers annually by 2019, a 35% increase over current capacity of 1.4 million.
Alongside this growth NIT wants to finalize a 50-year lease extension of Virginia International Gateway which may assist the Port of Virginia in acquiring the privately owned marine container terminal, located on the Elizabeth River in Portsmouth. The original lease, 2010-2030, was expected to surpass $1 billion revenue from payments, and the extension will see the rents rise to help pay for the $320 million cost to expand to double current capacity. The General Assembly enacted a provision in the budget that would let the Port Authority access a maximum of $10 million a year in Commonwealth Port Fund resources to offset those higher rent payments.
This shows the deep and important commitment that the Commonwealth of Virginia and General Assembly has to our ports and growth, both as a means of state capital and a jobs hub. We expect another profitable year and the continuation of growth throughout this decade.