As SOLAS took effect on July 1st, ports around the country are moving together with shippers and exporters to create a steady and efficient process to alleviate any growing pains from the rules. According to the JOC, “U.S. maritime regulators gave the go-ahead that allows a group of six East and Gulf coast ports and 19 ocean carriers to develop a common strategy for using existing weighing processes that satisfy federal regulations to meet the new international rule.” The New York-New Jersey Port Authority will also work with container lines among their six ports to accept weights as VGM from their terminal scales.

It appears that the camaraderie between ports and communication efforts are paying off around the globe. Russia, Japan, Brazil, 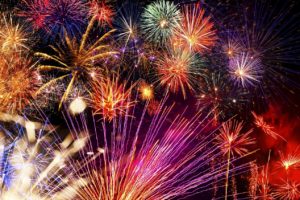 India, European ports such as Rotterdam and Antwerp, and US ports all reported light traffic and smooth operations upon the first implement of the rule.  According to Chief Port Operations Officer Jeff Davis, Port of Houston, “We haven’t turned any trucks away. We haven’t had any boxes miss the ship. So far the new rule has no impact on cargo operations, and it hasn’t slowed our gates.” This sentiment was echoed by the Port of Charleston and California’s many ports.

“It’s been easy for us, we barely noticed it. We were concerned when we received the rules, but the ports and terminals have made the transition very seamless. It has been easy for shippers and forwarders to comply,” stated one east coast ocean cargo director.

The light traffic of a holiday weekend at the end of a quarter has greatly assisted the implementation of the law and coupled with intense preparation and scrutiny, shippers and ports are not experiencing any of the issues that could have arisen to delay traffic.  “The cargo appears to be moving,” said Bryn Heimbeck, founder and CEO of Trade Tech, which created a mobile software program to help shippers file SOLAS data.  “The phones are not ringing off the hook, with people panicked about transmissions that they have made and rejections at the terminals. That we are not seeing. But it’s only 24 hours, so it’s very hard to say.”