Port of Virginia Will Not Offer VGW Service

The Port of Virginia has determined that they will not accept containers without a VGW come July 1st , as the new SOLAS mandate goes into effect. Though we have no update from the rail lines that carry many containers into the port as to how they will handle loaded boxes without a VGW, ports around the country are stating they will refuse to accept containers that were not electronically reported before arrival. However, the Port of Virginia is only approximately 250 miles from the one United States port that has offered container weight services, for a fee. 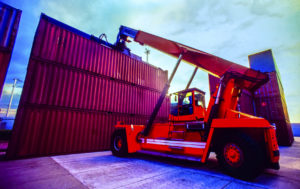 The Port of Baltimore, just yesterday, has become the first port to offer weighing service and an agreement to accept containers that arrive without a VGW. Baltimore will have both on- and off-site weigh stations to provide a VGW, though the fee for such service has not yet been disclosed. While this is good news for companies that need a gross weight for containers, there is a second option still on the table. Shippers still have the option to take the individual weights for all loaded cargo that’s inside the container, including packaging, bracing, and incidentals, added to the tare of the container itself and then report that as the VGW to the port.

Though fees for non-compliance and returned/unloaded cargo haven’t been advised, and the question of how aggressively maritime agencies will police the VGW is still unanswered, we must strongly advise all shippers who load full containers for ocean shipment to be vigilant with their information. Nelson International will be standing by at the ready to talk about ways we can seamlessly transition into compliance and ensure our shippers are above reproach. We expect your questions and encourage them as laws become more clearly defined.