According to an article in the Wall Street Journal, the US Justice Department raid on the Box Club meeting in late March was due to suspected collusion against tug boat operators by global shipping alliances. The increased attention on alliances is pushing Congress to get involved and revisit the Shipping Act 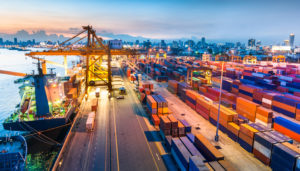 of 1984 which was amended in 1998 to allow contract confidentiality between shippers and carriers. With the three massive alliances in play as of this year, regulations on how they will set prices, negotiate and manage their contracts are of paramount importance to ports, terminals and dock workers and the joint-contracting that shipping alliances are allowed or not allowed to do. The number of major carriers has fallen from 20 to 17 in the last few years and will go to 13 in 2018, if planned mergers go forward, no more are announced, and none become the next Hanjin Shipping by collapsing.

Representatives of both sides are set to testify at a Congressional subcommittee hearing in May regarding the new rules and regulations that will need to be in place to protect both sides from collusion, price fixing and the protection of private information between the allied parties. While almost all alliance agreements include joint-contracting language, it has been removed due to antitrust laws before the agreements are filed. Once the mergers are complete, companies can operate as a single entity; in the months leading up to the merger, they are legally unable to negotiate as a whole single party. 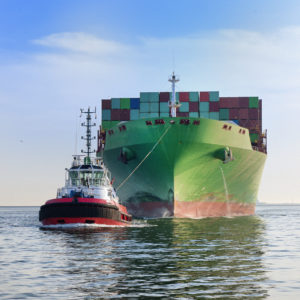 “This provision, if allowed to remain in the agreement, could adversely affect AWO member companies and other American businesses, seriously degrade competitive conditions in US ports and harbors, and encourage other groups of foreign carriers to follow suit,” said American Waterways Operators (AWO) president and CEO, Thomas Allegretti.

As discussed in our previous topic, the Virginia Port Authority is filing the East Coast Port Agreement with the FMC alongside the Georgia Port Authority to increase efficiency and communication and enhance cooperation to compete with the larger U.S. ports. The outcome of reevaluating the Shipping Act of 1984 is crucial to moving forward for both shipping alliances and the ports, staff, and stevedores that support international trade. Alliances offer protection to shipping lines that have been suffering from deep profit losses while giving port alliances power to negotiate under a broader umbrella, enhancing their position in a negotiation, especially for smaller and mid-size ports like the Port of Norfolk.

Alliances also offer options to shippers whether they need strategic lanes for minimizing transit time or avoiding costly delays at overbooked ports. While we aren’t sure how or even if Congress will revisit the current laws in light of the new shipping alliances and subpoenas handed out at the Box Club meeting in March, the mergers of 2017 are sure to be instrumental in how shippers move cargo in the future.