Nelson International / Uncategorized / Would a Nicaraguan Canal be a Grand Idea?

Would a Nicaraguan Canal be a Grand Idea?

In 2013, the Nicaraguan president, Daniel Ortega and Wang Jing, a relatively unknown Chinese businessman made headlines when they announced that Nicaragua was going to build an inter-oceanic passage to compete with the Panama canal. 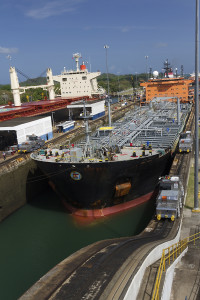 The initial cost for the inter-oceanic passage was estimated to be 40 billion dollars, more than three times the gross  domestic product of Nicaragua making the channel more than three times the length of the Panama Canal. The Grand Canal appeared to provide a win-win scenario, as Nicaragua would be receiving a much-needed boost to their economy and China would no longer be dependent on the western controlled Panama canal. Skeptics of the canal, however, pointed to Nicaragua’s recognition of Taiwan as a sign that the Chinese government did not support the Grand Canal.

Jing’s company, the HKND group, agreed to build the Grand Canal in exchange for the sole rights to operate manage it for fifty years after that, with the possibility of another fifty-year extension after the waterway was operational. After the inauguration, China announced that they wouldn’t invest in the project, leaving many to wonder from where the additional required capital would stem.

Where is the passage now? To date, the only visible progress is the widening of one road, less than five miles in length. The widening was performed to accommodate moving larger pieces of the channel’s infrastructure. Why has there been no progress? First, Wang Jing lost an estimated 85% of his fortune in the 2015 Chinese stock market crash, plummeting his fortune from $10.2 billion to $1.1 billion. Alternatively, HKND group has pointed to ecological and archaeological concerns as reasons for the delay. Still, others think that the plan to build the canal was a rouse designed to get the transportation concessions associated with the build. What does the future hold for the Grand Canal? We will have to wait and see.